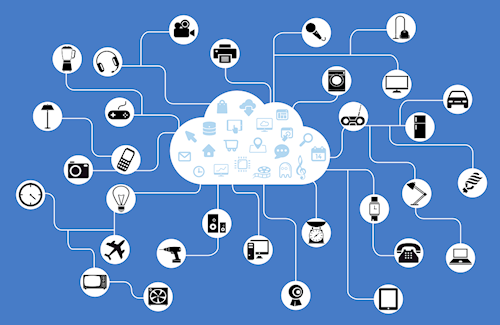 Cloud networking is not an all or nothing service as it’s possible to combine virtual networking services with on-premise services. For example, a cloud network firewall can secure the network while traffic continues to run though physical, localized routers. Some companies may benefit from a network in the cloud while others may want to create a hybrid, especially those companies with large existing networks that don’t want the expense of recreating a new service in the cloud.

Cloud computing on the other hand is the utilization of virtual resources to process computing instances. For example, large companies like Netflix and PayPal use cloud resources to power their apps, instead of localized hardware. Cloud computing can also include cloud storage which is typically cheaper and more reliable than localized storage. Cloud networking, cloud computing, and cloud storage all complement each other and can provide significant advantages to companies willing to move their systems to the cloud.

Cloud Enabled Vs. Cloud Based

A cloud enabled network indicates a network that is “supplemented” by the cloud but does not exist solely online. For example, a company may have a local network that handles routing, data transfer, and packet forwarding. However, they can manage that network with cloud tools like cloud network monitoring, cloud network maintenance, and cloud-based firewalls.

An example of a cloud network-based firewall could be a Web Application Firewall (WAF). A WAF is a firewall that scans internet traffic to look for and neutralize threats. A WAF can be locally based as a physical device, or it can exist virtually in a cloud network. Each choice has its own benefits and drawbacks and the best solution will depend on a company’s needs. Speaking of benefits, let’s look at some of the advantages that cloud networking can offer.

The following are some of the most important advantages of using cloud networking.

Since cloud networks are not restricted by specific hardware, they’re also much quicker to scale as a company’s demands grow. Set up is also cheaper as a cloud network doesn’t require the upfront purchase of expensive networking equipment.

Another advantage is scalability. If a company needs to increase or decrease the size of its network it’s fairly easy to do so with cloud networking. With a local network that same capacity reduction could mean thousands or tens of thousands of dollars’ worth of expensive networking hardware ending up going unused. Cloud networking is much more flexible for both expansion and shrinkage.

Cloud networks tend to be more reliable than local networks as cloud networks often have built in redundancy. If a virtual router fails, traffic can easily be rerouted and this process can happen automatically, especially with a self-healing system.

If a physical router fails it will need to be replaced by a technician. That might be fine if it happens at 10 in the morning on a Wednesday but it can be more troublesome if it happens at 11pm on a 4th of July weekend. Cloud networks are more reliable and easier to maintain.

It could be helpful to explain two other terms that often come up when speaking about cloud networking. A public cloud is one that is hosted by a public company. For example, AWS, Google Cloud Platform, and Microsoft Azure are public cloud platforms. The advantage of public cloud is that it’s easy to set up, relatively inexpensive, and can be dynamically scaled up or down depending on a company’s needs.

A private cloud is one that a company sets up itself. A company buys its own hardware, sets up the network and runs the entire system. The advantage is ultimate flexibility and increased security as the company can directly control who has access to data. Whether a company uses a public or private cloud, a cloud network can connect cloud infrastructure to local infrastructure.