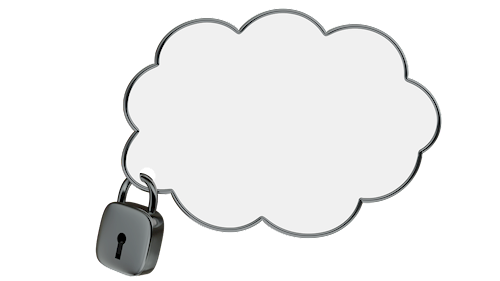 It doesn’t matter whether a company is using a public or private cloud or whether they’re running a local network or a virtual network, security in the cloud is incredibly important. Cloud based threats are constantly changing and evolving, with sophisticated attacks always being discovered. That’s why a proactive approach to cloud security is the best one.

In this article we’ll cover the basics of cloud security and some of the most common cloud-based computing threats. Then we’ll explain a few best practices in order to stay secure.

What is Cloud Security?

Cloud security is similar to the traditional IT security that one would expect to see protecting any local system. It is an established set of best practices, controls and technologies that are used to keep a system secure. That can include firewalls, graded user permission levels, traffic filtering, network segmentation, encryption, etc. In a sentence: cloud security is the protection of data and other proprietary information stored in the cloud.

Why Cloud Security is Important

Cloud security isn’t always about just protecting data. In some cases, depending on a company’s industry and what state they’re located in, certain cloud security measures may be required in order to be in regulatory compliance. For example, HIPAA standards lay out guidance for the handling of medical records and other confidential health information while PCI standards have to do with the storage and processing of payment information, specifically credit card data. When a company is considering how to secure the cloud, it’s important that they consider what (if any) regulations will govern their cloud computing and storage operations.

Cloud security is also important given that companies which don’t do enough to protect data may actually be held responsible in the event of a breach. Equifax settled for $700 million after hackers stole the personal records of 145 million Americans from their system. Yahoo settled for $117 million after negligently disclosing user information. A class action lawsuit against Capital One is ongoing in regards to an attack where a hacker stole the credit card information of more than 100 million customers.

As these lawsuits show, not only can a data breach hurt a company’s reputation it can also prove extremely costly. This is why cloud security is so important, especially for businesses that handle sensitive data.

Three of the Most Common Cloud Attacks

Having covered some of the most common attacks against cloud computing, here are three specific vulnerabilities that can exist in a cloud platform. By addressing these potential weak spots, a company’s IT team can drastically improve their cloud security.

When a company uses a public cloud platform, like AWS, Microsoft Azure, or Google Cloud Platform, cloud security is especially important. Since the cloud provider controls all of the hardware and networking that’s running the cloud platform it’s important to understand their security procedures and what steps are necessary to protect your data hosted on their platform. Simply, when using public or hybrid cloud computing, security is more important than ever.

Cloud Security is a Team Effort

Great cloud security is a team effort, it shouldn’t just rest on the shoulders of the IT team. Employees should remain up to date with proper security procedures and be ever vigilant about sophisticated phishing schemes. Management should recognize that cloud attacks happen all the time and the best cloud security software might cost more but it’s likely to pay off in the long run. Although cloud computing does offer a number of benefits, security is incredibly important no matter the company size.